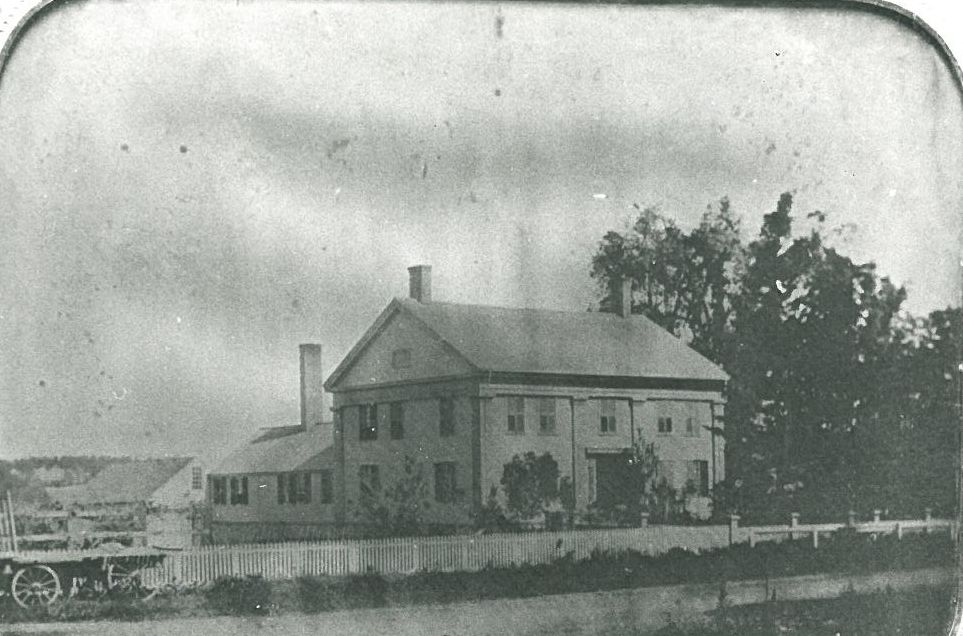 This image is undated, but we think it is from the late 1800's 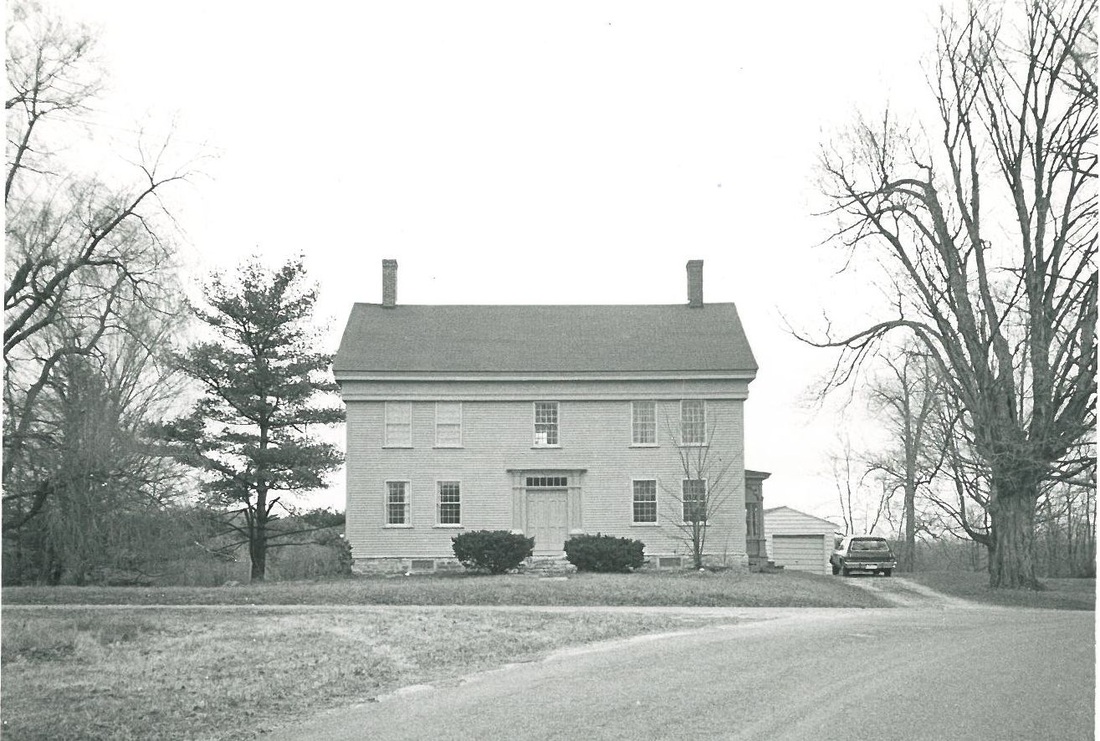 A somewhat "newer" picture-mid 1970's
From the Sacket Cemetery
Sackett Cemetery, also called the Ashley Falls Cemetery, is located on Clayton Road in Ashley Falls, MA. Inscriptions from this cemetery were copied and field checked in the fall of 1985. The Cemetery was opened in the middle 1800's and is active today. There are 498 known burials here including five entries made by the DAR in their 1940 study, and 26 entries made from obituary notices in the Great Barrington based weekly newspaper, the Berkshire Courier. No stones or monuments were located in 1985 for the DAR and Berkshire Courier listings. The Ashley monument is located in this cemetery. It is erected to the memories of General John, Col. John, and Major William Ashley. The original gravestones for these men are located in the Barnard Cemetery. The wording on each side of this monument is repoduced here in its entirety.

Ashley Monument: Side 1: In memory of Col. John Ashley, born at Westfield, MA on Dec. 2nd, 1709. He with others made a division of the Lower Township of Shef- field in 1725 and was one of the first settlers in 1733. He was graduated at Yale College in 1730, was Judge of the County Court from 1765 till it was dismissed during the war of the Revolution in 1781. He received the rank of Col. He died Sept. 1802, age 93 years. Side 2: Major General John Ashley, only son of Col. John Ashley, born Sept. 26, 1736. He was graduated with honors at Yale in 1756. He was representative to the General Court at Boston. Held other civil appointments. Rose to the rank of Maj. Gen. of the 9th Division of Militia of Mass. and distinguished himself in the suppression of the Shay's rebellion. He died greatly lamented on Nov. 5, 1799, in the 64th year of his age and was buried with military honors. His first wife Louisa Ward died in 1769. His second wife Mary Ballantine, dau. of Rev. John Ballantine of Westfield died in 1827, age 83 years. Side 3: Major William Ashley, only surviving son of Gen. John and Mary B. Ashley was born Jan. 4th, 1773. He was educated at Harvard and after his graduation in 1793, devoted himself to the care and im- provement of his large estate. He married Jan. 4th, 1803, Jane, dau. of Judge Pliny Hilyer of Granby, CT. He died on April 26th, 1849. He was ever distinguished by his rigid integrity and concientious regard to duty, by his death the poor were deprived of a genuine friend. The community of a valued friend and the church of a sincere chris- tian. Side 4: In 1882 this monument is erected to the memory of her ancestors by the only surviving child of Maj. William Ashley. Jane Pelletreau Ashley wife of William G. Bates of Westfield, MA and born Jan. 21, 1808. Died Oct. 15, 1885